Home > Handling Intelligence > How IQ Can Harm Your Health 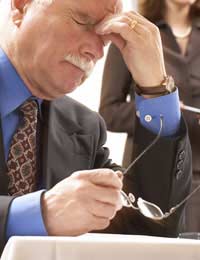 Most of us are concerned with increasing our IQ because we see a multitude of benefits in doing so – but can a high IQ harm your health? Several studies and theories suggest that having a high IQ does not bring only benefits. It can, in fact, harm your health as well.

Problems Associated With a Higher IQ

It is not to say that people should avoid participating in activities and strategies to improve their IQ. Rather, it is important to be aware of these connection, and to try to prevent problems from occurring in the first place. Certainly, not everyone who has a high IQ will suffer from these problems, but they are real challenges that everyone should learn about.

Often, we connect good communications skills with a high IQ. At present, there is research to support that a person can experience better communications skills when they enhance specific aspects of their intelligence. Those who have a higher IQ, however, may have a particular strength in their memory. They may have an encyclopaedic level of knowledge and be highly adept at calculations.

As such, they have the ability to process data much faster and more accurately than a person who simply has average intelligence. This kind of advantage, while helpful in some areas, can be detrimental to communication. A person may struggle with social situations and may find that making conversation and finding new friends is more difficult. This can lead to isolation and difficulty with expressing their wishes and needs in comparison with less intelligent people.

Interestingly enough, people with a higher IQ may have more issues with handling stress in effective ways. They may even experience more stress as a result of their higher intelligence. If a person has quicker and more successful cognitive abilities, particularly where reasoning is at stake, they may worry more or experience more anxiety over things they can’t manipulate.

Each problem they encounter in their life can potentially cause them anxiety if they are unable to solve it effectively. They will feel compelled to solve every problem – big or small – that comes their way. They may even feel responsible for solving the problems of other people, further compounding their stress. This leaves them struggling to handle daily, small challenges that are normal and tend to occur for everyone.

How IQ is Linked to Mental Disorders

A higher IQ has been linked to a number of mental disorders and also compromised overall psychological well-being. Studies are still inconclusive but there is a suggestion that a higher IQ could be linked to mental disorders such as obsessive-compulsive disorder, schizophrenia and also autism. Bipolar disorder is another mental health condition that is thought to have associations with a higher IQ.

In particular, one recent clinical study looked at IQ and obsessive-compulsive disorder (OCD). OCD is a notably distressing mental health disorder that involves very intrusive thoughts, leading to anxiety and repetitive kinds of behaviour. A person with OCD may frequently wash their hands and experience paranoia of bacteria.

They may obsess about numbers and may show very nervous habits. These symptoms tend to leave sufferers alienated and they also interfere in their ability to lead a normal life and participate in normal relationships. In the recent study, researchers concluded that OCD was associated with a higher IQ.

Enjoying the Benefits of a Higher IQ

Without a doubt, the potential to experience problems from a high IQ should not deter people from wanting to improve their cognitive abilities. There are far more reported benefits to a higher IQ than problems. For those who do have a high IQ, they may want to be more aware of the issues that can occur in relation to their health. Just as people can improve their IQ, so too can those with a high IQ improve social skills and make the effort to overcome any issues before they become more significant ones that disrupt their life.
Next Page