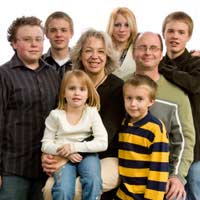 If you have ever wondered if being firstborn or the youngest might play a part in your intelligence, there are now plenty of studies to offer some insight. The problem is that they don't all agree on how birth order affects your intelligence.

Measuring intelligence is also done differently; while some studies look at the traditional IQ testing, others focus more on emotional intelligence. Even here, experts disagree on whether one type of intelligence is more important than the other. It seems that most of us will have to decide for ourselves which studies are the most meaningful.

Birth Order and Your Child

We now have a number of cross-sectional studies and longitudinal ones that look at birth order and intelligence. Some find that a higher birth order is linked to lower intelligence and others have found the opposite or no relationship at all. One of the problems has been that the traditional IQ scale does not always work well alongside the testing of emotional intelligence.

Experts disagree over whether IQ is more important than emotional intelligence, or EQ. This leaves studies open to a wide variety of interpretations. On top of that, there are some criticisms of us linking intelligence with birth order at all. There is the idea that if a parent has a lower IQ or economic status, then they are more likely to have larger families. Their children may also have lower IQs.

How Does Birth Order Affect Intelligence?

With all these mixed results, you might want to think about why a person's birth order might influence their IQ. One idea is that a firstborn child could be more likely to access financial support. By the time parents are on their third, fourth or even greater child, they may be financially drained.

Also, a firstborn could be given more responsibility and may be treated more like an adult. This could again influence IQ. Some people believe that a firstborn simply receives more attention and stimulation than children further in the birth order.

Most people who think that birth order influences IQ tend to support the belief that a family's resources have boundaries. These resources go beyond money and include attention and even materials such as books. The more siblings there are, the more resources that have to be spread out over the entire family.

Another thing to think about is that a firstborn child could be more likely to get exposure to adult language. Children born later in the birth order hear their siblings speak as well as parents, which means they get a mix of more mature language and that from children. They also might get the responsibility of providing information and explanations about family issues to the younger children. All of these are benefits and skills that could contribute to a higher IQ or EQ in a firstborn child.

Where You Fit In

We certainly do not get to pick and choose our parents and when we are born in terms of birth order. These kinds of studies that look at how birth order affects IQ or EQ may seem silly to some but important to others. One thing we should think about is that if siblings who are lower in the birth order do indeed suffer from some disadvantages, research into birth order and intelligence can help us make changes. It can serve as a reminder to parents that perhaps extra attention is needed on their children.