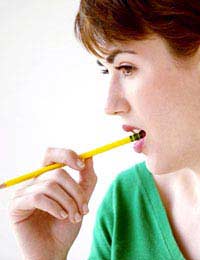 There are many ways of testing intelligence. The traditional IQ and more recent EQ testing are types you have probably heard about by now. Some experts, however, believe that rational thought is one of the more important aspects of intelligence. Now, we have ways to test this kind of thinking.

What is Rational Thought?

Rational thought is when you are thinking in a way that makes sense with what you know. If you know that you don't like the taste of coffee, it is rational that you won't order a coffee at a restaurant. Your rational thoughts can relate to facts you know about the world or they may relate to goals or values that you hold.

A person who is using rational thought is giving reasons and logical evidence behind what they think or know. Some level of emotion and personal viewpoint is taken out of the equation. It means that the thinking is more objective than subjective.

A research team have been investigating how it is that humans make errors in how they think. If you consider rational thought, it means we have to make the right choices of action that are in line with our goals and values. If there is any evidence to support these, we make stronger choices. When we don't make rational choices, we are more likely to be unhappy and dissatisfied with life.

While IQ and EQ tests can still yield valuable information about ourselves and how we think, they don't generally give us much information on our rational thought. Even though some researchers believe that rational thought is strongly related to intelligence, others think they are something else entirely.

In a sense, it's ironic because most people can probably agree that good judgement and decision-making capabilities are very important in life. Yet IQ and EQ tests fail to give these skills the attention they deserve.

Researchers are looking at ways to present tests that still incorporate some of the questions used in IQ tests but to also present scenarios that place emphasis on rational thought. Questions that challenge decision-making skills along with logic and social thinking can ensure that we don't fail to look at rational thought.

Any failures in IQ or EQ tests can have huge consequences for many people. Today, some employment strategies include these types of testing. But even if your strength in rational thought may translate to exceptional performance on the job, nobody will manage to measure it with traditional testing.

In this way, current intelligence may not only influence but also determine a person's career but inaccurately so. Even children and young adults are subject to intelligence testing for university entrance. Military testing can also incorporate these kinds of tests. If we fail to measure rational thinking, we risk effectiveness and fairness in hiring for a number of jobs.

Perhaps our future can include RQ testing for rational thought, which may be used alongside IQ and EQ tests. This can ensure we put fair emphasis on the cognitive skills that are important to many careers and universities.