Does Diet Play a Role in Intelligence? 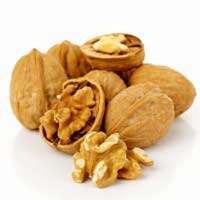 Numerous studies have shown that diet does play an important role in intelligence, brain function and development, starting from a baby’s nutrition, via the mother, in the womb, throughout childhood and adolescence and even into adulthood, after active growing as ceased. Eating the right diet can not only increase your intelligence but can also prevent attention/hyperactivity disorders, mental imbalance and degenerative mental diseases.

Research shows that your overall intelligence is mostly developed during your childhood years. Therefore ensuring that children receive the correct nutrition can make a big difference to their future academic performance and success in life. The brain is composed of 60% fat – this is the main component of the cell membranes of the brain neurons and also of the protective myelin sheath that covers them. The type and proportion of fats or fatty acides within the membranes play a crucial role – for example, they determine how effectively the brain neurons can communicate. Scientists have now shown that many mental disorders, such as Alzheimer’s Disease, Parkinson’s Disease, dementia, depression and schizophrenia are linked with deficiencies in certain essential fatty acids, such as docosahexaenoic acid (DHA). Thus, if a child’s diet is deficient in the right fats, his brain will not grow and develop optimally while if an adult’s diet is deficient, his brain will not function optimally.

While a nutritionally-balanced, natural diet of fresh foods, particularly wholegrains, fruits and vegetables, legumes, organic meats and free-range eggs is key to good brain and general health, one of the most important nutrients for brain function is essential fatty acids, in particular two which cannot be manufactured by the body and therefore must be derived from the diet:

Other fatty acids can be manufactured by your body from the first two essential ones, providing that you receive enough of the raw material and that you also get enough vitamins C, B6, B3, zinc and magnesium, which all are needed in the conversion. Alternatively, they can be found in cold-water, oily fish like salmon, sardines, herring, trout and mackerel. These include eicosapentaenoic acid, arachidonic acid, gamma-linolenic acid and, the most important, docosahexaenoic acid.

Dimetheyaminoethanol (DMAE) – found in small amounts in the brain and playing an important role in the levels of the neurotransmitter, acetylcholine, this nutrient has been shown to enhance learning, attention span, clarity of thinking and mental alertness, leading to an elevation in intelligence. People have also reported an improvement in mood, memory and energy levels. DMAE is found naturally in oily fish such as sardines but can also be found as a dietary supplement in pharmacies.

Foods that Feed the Brain

Here is a list of foods which boosts brain performance: