Emotional Intelligence and Drug Use 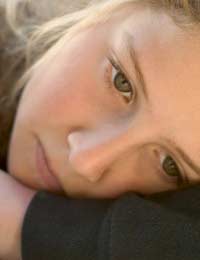 Many experts have found strong connections between emotional intelligence and drug use, particularly in young people. Drug use remains an enormous problem, with research showing that one third of teenagers drank alcohol over the previous year, one fifth used an illegal drug and a sixth of teenagers had smoked cigarettes.

Emotional intelligence has a number of definitions but essentially, it defines how a person identifies and manages their emotions, both for themselves and how they relate to others around them.

How Does Emotional Intelligence Link to Substance Abuse?Many people involved in helping substance abusers through help-programmes had found that people in recovery tended to have a lower EQ. They seemed more at risk for using and abusing substances. One school of thought is that these people don’t have the healthy coping mechanisms that are important to regulate negative emotions.

Instead of positive coping strategies, people with low emotional intelligence will self-medicate their negative emotions through abusive substances. They are also more likely to engage in other destructive kinds of behaviour.

Why Are Teenagers at Risk?

Since teenagers are facing many emotional challenges during those developmental years, they are particularly at risk. They are still developing a sense of self while simultaneously juggling school, peer groups and family issues. This being a time often full of insecurities, they are even more prone to a lower emotional intelligence.

How Adults Can Help

Researchers and experts suggest that young people with a low emotional intelligence should be encouraged to use positive coping mechanisms. Exercise in the form of sports or even relaxation such as yoga can help them connect with others in a positive way.

Other approaches such as writing in a journal or seeing a counsellor if needed can be similarly helpful for teenagers with low emotional intelligence. The aim is to introduce better coping strategies to reduce their risk of using alcohol or drugs.

Experts also recommend that teenagers use creative expression such as art forms to manage their emotions. Articulating their problems is another suggested way to reduce the risk of substance abuse as a means of coping with negative emotions. This way, teenagers can learn self-control for harmful emotions.

Parents should try to talk to their teenagers and keep dialogue open and honest. If teenagers start showing signs of abuse, early intervention is key to still learning more positive, healthy ways to cope with negative emotions. Researchers think that by creating a strong, supportive family environment, teenagers with low emotional intelligence will be more likely to avoid substance abuse.