The Controversy over Race and Intelligence 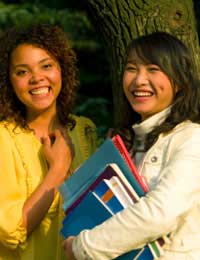 One of the most controversial questions regarding intelligence is the issue of race and whether your ethnic background plays a role in determining your IQ. While scientists tend to agree over the heritability of intelligence, there is much disagreement over whether racial differences could be responsible for differences in IQ scores. Naturally, anything which hints at racial discrimination always stirs up a storm of controversy and this continues, despite extensive research in this area.

It has long been accepted that intelligence has high heritability and that your genetic make-up has a strong influence over your mental abilities. Many scientists feel that given other physical traits like athletic ability and medical risk factors are affected by racial origins, there is no reason why mental traits should be any different. Indeed, differences in the brain sizes and brain structures of different racial and ethnic groups have been observed and studied since the 19th century and they were further supported by the results of intelligence quotient (IQ) tests conducted in the late 20th century, which suggested that the differences in IQ scores between different racial groups could be explained by genetic factors. More recently, the debate on nature vs, nurture has seemed to favour the latter, with many scientists now believing that environmental factors play a more significant role in explaining racial differences in IQ scores. In other words, they believe that there are no race differences in overall intelligence, although no-one can deny that there are racial and ethnic differences in IQ test scores and there is still much debate about the cause of this.

Is there really a difference?

It has long been a mystery why certain ethnic minorities seemed to control a disproportionate share of the economy, such as the Jews in Europe before WWII or the Chinese in Southeast Asia. This phenomenon has been so marked that it has often caused resentment and prosecution by the less-successful majority. Even today, the differences are marked. In the United States, for example, the Jews earn incomes almost double the American average; and together with the Far East Asians, also have higher rates of college attendance, educational attainment and greater representation in the top Ivy League academic institutions – despite affirmative action policies discriminating against them in favour of the general Whites. In fact, at Harvard University, Jewish and Asian American students together make up 51% of the student population, despite making up only 6% of the total US population!

In areas of intellectual achievement, there is also a distinct domination by certain ethnic minorities. For example, while only making up 0.25% of the world population, the Jews account for 28% of Nobel prize winners in physics, chemistry, medicine, and economics. This disparity could be due to race-specific strengths in certain mental abilities, such as mathematical or visual-spatial intelligence, which favour high complexity disciplines, such as science.

IQ test results have provided some of the most definitive evidence for racial differences and some of the most controversial material for debate. The most studied groups have been the black and white populations of the United States, where a distinct gap is found in IQ scores. Gaps are also seen in other tests of cognitive ability, such as university admissions exams and aptitude tests for employment in the military and in corporate settings. It is interesting to note, however, that the gap between the whites and the blacks have reduced by one third in the last 30 years and many believe that the average IQ of the two populations will gradually converge, resulting in minimal difference between them – due to the Flynn effect, which states that IQ scores from all nations are slowly increasing over time due to improved environmental conditions.

It could be due to race…

Many scientists still support a “hereditarian model” which believes that your intelligence is 50% genetic and 50% cultural. They support their theory with various examples, such as the fact that differences between blacks, whites and Asians in IQ, reaction time and brain size are consistently observed around the world, despite a range of cultures and environment. In the US, for example, a significant difference is observable between black and white populations at every age above 3 years, in every kind of occupation or socio-economic level tested and in every region of the country, throughout time. Another example cited is the fact that although black children adopted by white families at an early age show intelligence scores similar to the white average, they still achieved lower scores than the white children in the same family – which suggests that environment cannot be the only factor influencing IQ.

Those who believe in a racial reason for IQ differences generally favour an evolutionary cause for the creation of such a difference. For example, some believe that the exposure of certain races to the Ice Ages presented challenges for survival in the colder climate (eg. building durable shelter, hunting larger animals, making warm clothes, preserving food) which selected for genes for greater intelligence. Others believe that differences in geography and thus available crops and animals to be domesticated led to differences in economic and technological development. Having more new technologies would then increase the capacity of a population to produce new innovations and therefore lead to further gains in intelligence.

It could be due to other things too…

Many have argued, however, that the differences could just as well be explained by environmental factors as by genetic ones. For example, different rates of economic growth could also be due to non-racial factors such as climate, local availability of resources and socio-political factors.

Many critics of the genetic view simply argue that the studies which show racial differences are flawed or inconclusive. The fact that the gap between black and whites is decreasing seems to support their views. In fact, they offer evidence to show that African-Americans have excelled in almost every enriched environment they have been placed in (and which they were previously barred from) and that this distinction has been achieved in only a few decades, with improved but still not equal opportunity.

Other factors can also cause racial differences in IQ scores which may have nothing to do with genetics. For example, blacks have an increased rate of low birth weight babies and a lower rate of breastfeeding (both separately shown to influence intelligence in adult life) – which may be more responsible for their low IQ scores than the genes which code for their ethnic characteristics. Another factor is the quality of education – something which is often overlooked. While two populations may seem to be equal for the level of education, they can differ vastly in the quality of education they receive. In other words, just because two individuals both graduated from high school does not mean that they received the same quality of education, as this depends on the school, the quality of the teachers and the quality of the material provided. Racial discrimination, even unconscious, can also play a part – studies have shown that a student’s ethnicity did make a difference in the teacher’s decisions for referrals for gifted and talented educational programmes.

The debate goes on…

Like many issues about intelligence, part of the controversy is centred on the definition of intelligence and whether IQ is a satisfactory way to measure it. For example, most of the intelligence tests administered were standardised for white, middle-class people so it is unsurprising that other races or minority groups scored poorly in comparison. Some have even argued that such versions of intelligence tests are actually invalid for measuring the intelligence of racially different groups, such as African-Americans. Since scientists have so far still been unable to construct a truly culturally-fair intelligence test, it seems that the debate over race and intelligence will continue to rage for a while yet!

Fostering Intelligence in Kids
Share Your Story, Join the Discussion or Seek Advice..
I think they should give all the test subject DNA tests. One may look like one race but can also be part another race. This can skew the results. People are mixing all the time making these studies harder to conduct
Me - 31-Jul-12 @ 4:45 AM
I think this topic has garnered more attention than it truly deserves. While I do agree that there is a correlation between higher intelligence and genetic heredity, I do think that the study does need further scrutination and take other factors into account. It seems like the socio-economic and cultural factors are not taken into account, as well as development of thinking as one ages or becomes educated. You'll have people who just don't know their left from their right and all of a sudden they are PhD students. I have a learning disability and I had a hard time comprehending a children's story. Now, I'm enrolled in advanced math classes (on my way to double majoring in computer engineering and physics) and I can understand almost 90% of Aristotle's works. Everyone just needs time to practice to become better. Higher IQ doesn't mean anything anymore, and despite popular misconception about it predicting the person's education and income, it prejudges people based on their natural abilities, which might not be that good. Just having the room and ability to change and become more intelligent should say something about the brain and how it really works.
Anosh - 13-Jun-12 @ 6:32 AM
Title:
(never shown)
Firstname:
(never shown)
Surname:
(never shown)
Email:
(never shown)
Nickname:
(shown)
Comment:
Validate: