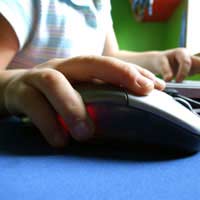 Computers are used by most of us for ‘intelligence’ in the sense that they can replace much of the work traditionally done by the human brain – and more. But new research is pointing to an advanced concept of intelligence.

A new research organization has recently formed to support this approach to intelligence, with the aim to look at how people and computers connect to act with greater intelligence than ever before. It’s similar to the idea of distributed computing. When you take a complicated issue, it can be solved by millions of connected computers. Humans can also solve this kind of challenge.

We have already seen specialised websites cropping up where a group of ‘experts’ in a specific field drive the knowledge within that field. With collective intelligence involving computers, we can also have a group of very intelligent people combined with average or below-average intelligence.

Despite thinking this will translate to an average, with ‘smart’ computer applications, we may be able to filter the lower-intelligence information while promoting the higher-intelligence data. Think about how using several average computers can result in work at the supercomputer level. The end result of all of this collective intelligence is that we combine humans and computers for a better, more intelligent result

Where Computers May Not Help

Research continues to be mixed on how brain training computer games can help an individual improve his or her intelligence. A recent study contests other evidence that suggests these games can help.

The study concluded that even though using a complex computer game helps you get better at the game with practice, there isn’t any evidence to show this helps you in daily tasks and everyday life.

Researchers recommend other activities such as exercise or taking up a new hobby as better for intelligence. In fact, they found that people who just surfed the Internet did as well as those who played the games.

How Computers Will Help

Computers will likely remain a necessity for most of us, helping us complete a multitude of tasks while staying socially connected. But it seems that in the future, more applications will involve collective intelligence, helping us improve knowledge by accessing the intelligence of millions of people.

What are Mnemonic Devices?
Share Your Story, Join the Discussion or Seek Advice..
Dear author, I really enjoyed your website and your explanation. Many of your pages mention various studies. Could you provide some links to the studies you mentioned? Thank you very much, Erik
erik saule - 17-Apr-12 @ 6:30 AM
Title:
(never shown)
Firstname:
(never shown)
Surname:
(never shown)
Email:
(never shown)
Nickname:
(shown)
Comment:
Validate: