The Theory of Multiple Intelligences 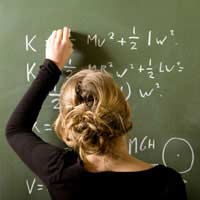 There are many who believe that the traditional concept off a single intelligence, based solely on IQ testing, is far too limited and not representative of the reality of human potential. They believe instead that each individual has an array of different types of intelligences, manifested at varying levels, which together supplies the person’s unique “cognitive profile”.

The theory of multiple intelligences was first developed by psychologist Howard Gardner in 1983 who studied a variety of people. Including normal adults and children to gifted individuals (‘savants’) those who have suffered brain damage, as well as those from different cultural backgrounds. He believed that human potential can be described in terms of 8 different intelligences, namely:

Gardner firmly believes that the traditional definition of intelligence is inadequate and does not encompass the wide range of abilities that individuals display. Consequently, the methods currently employed to measure intelligence (such as IQ tests) are also inadequate and even inaccurate.

Gardner’s theories have particular relevance in education, especially in the schooling of children. For example, according to his theories, a child who struggles to master multiplication tables is not necessarily less intelligent overall than a child who masters it easily.

The first child may excel outside the field of mathematics or may even succeed at multiplication, if provided with a different learning process to straight-forward memorisation. Unfortunately, however, conventional schools tend to focus on linguistic and logical-mathematic intelligence, as society tends to prize those who are highly-articulate or logical.

This leads many children with other – less mainstream talents – to be neglected at schools. In many cases these children are labelled “learning disabled”, “under-achievers” or even diagnosed with a psychological disorder, such as ADD (attention deficit disorder).

Instead, we should be supporting those children who show talents in other intelligences and enrich our world in different ways, such as the dancers, artists, therapists, entrepreneurs, musicians, designers, naturalists and others. Thus, Gardner believes that schools should offer individual-based education, catered to the needs of each child, rather than a uniform curriculum.

Criticism of the Theory

Like many theories surrounding intelligence, Gardner’s theory of multiple intelligences is controversial and widely criticised, especially in the psychology and educational theory communities. In particular, there is scepticism over his lack of empirical data – many feel that the 8 ‘intelligences’ are simply alternative names for specific talents or even personality types.

Despite the criticisms, many educators and even schools support Gardner’s theory and have adopted his philosophy in their approach to teaching children. They attempt to present their lessons in a variety of different ways, such as using music, art, cooperative learning, role play, field trips and multimedia to achieve the same results.

Adult learning and development has also been revolutionised by the theory of multiple intelligences. For many people, the traditional focus on linguistic or logical intelligences means that they are often stuck in jobs and careers which do not make the most of their talents and potential.

An individual with a high kinaesthetic intelligence, for example, might be much happier and more successful in a job with more physical activity, such as a forest ranger or a physical therapist, than in a desk-bound office job. Through the theory of multiple intelligences, many adults are now examining their own potentials in a new way and allowing themselves the opportunity for more self-development.