The Study of Animal Intelligence 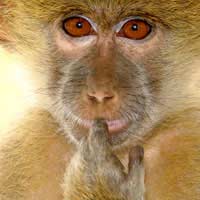 We have long been fascinated by the idea of animal intelligence and many pet owners have speculated on the mental abilities of their animal companions.

We like to know just how close animals are to humans – do they think like us? Can they problem-solve as well as us? Or even better? Scientists are also interested in animal intelligence – more correctly known as animal cognition – from the point of view of comparative psychology and evolutionary psychology and with the insights it gives on the development of human intelligence.

The Study of Animal Intelligence

The original method of studying animal cognition – also known as cognitive ethnology – was to perform experiments on intelligence in animals to determine the cognitive processes and patterns involved in animal behaviour.

This included things like classical conditioning and operant conditioning and was used to account for the more complex intellectual abilities exhibited by humans. However, this method only considered overt behaviour as valid data for study – in other words, only extreme forms of behaviour were considered as topics of interest.

The research methods were re-evaluated in the late 1900’s and since then, researchers have begun to use a different approach: they start from known human mental processes and look for evidence comparable processes in other species. Most traditional research has always focused on rats and pigeons but researchers began to focus more on primates and cetaceans.

Their studies were also combined with results from studies of animal behaviour in the natural environment, via the fields of socio-biology, ethnology and behavioural ecology. These latter studies often show that animals need certain cognitive abilities in order to adapt to their ecological niche.

Some researchers in the field strongly support the idea that animals have “minds” but while their position has strong support from the lay population, it has not found wide acceptance in the scientific community.

However, researchers have demonstrated animals’ strong cognitive ability in several areas. For example, the studies of birds which catch their food through the use of a sophisticated mind map or even the chimpanzee who learnt sign language. Animal language acquisition and its importance in revealing animal intelligence is still a controversial topic.

In the search for animal analogs of human mental processes, researchers have concentrated their efforts in the following areas:

Some of them may. It comes as no surprise that our closest biological relatives, the great apes, have been shown to be the most similar to us in intelligence, i.e.. their cognitive processes are similar to ours. However, bird species such as corvids and parrots, have also performed well against the standard.

Other animals reputed to have high human-like intelligence include the ceteceans (e.g. dolphins) but the difficulty and cost of research on these animals (as well as the small sample size) means that it is hard to provide conclusive supporting evidence. Similarly for cephalopods (e.g. octopuses) which are claimed to have higher-level problem-solving skills but again, there is only limited research in this area.