What is Intelligence and How is it Measured? 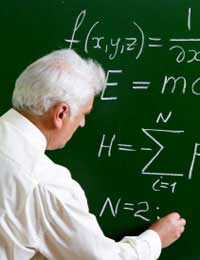 Intelligence is a term that is difficult to define, and it can mean many different things to different people. In fact, it has divided the scientific community for decades and controversies still rage over its exact definition and form of measurement.

A superior ability to interact with the environment and overcome its challenges is often seen as a sign of intelligence. In this case, the environment does not just refer to the physical landscape (eg. mountains, forests) or the surroundings (eg. school, home, workplace) but also to a person’s social contacts, such as colleagues, friends and family – or even complete strangers.

Researchers asked about the aspects of intelligence felt that factors like problem-solving ability, mental speed, general knowledge, creativity, abstract thinking and memory all played important roles in the measure and standard of intelligence. Most agree that intelligence is an umbrella term which covers a variety of related mental abilities.

Based on a series of tests which assess various types of abilities such a mathematical, spatial, verbal, logic and memory. The results from such tests done on a group that is representative of the wider popular shows the classic ‘bell-shape’ distribution, meaning that most people are of average intelligence with a few at the extreme ends of the scale.

The concept of intelligence as a single entity was first put forth by an English psychologist named Charles Spearmen in the early 20th century. Spearman coined the term ‘General Intelligence’ or ‘g’ which was based on measure of people’s performance across a variety of mental tests.

This single intelligence was believed to enable humans to undertake common mental tasks and believed to correspond to a specific region of the brain. Recent research has supported this with a part of the brain called the ‘lateral prefrontal cortex’ being shown to the only area which has increased blood flow when test patients tackle complicated puzzles.

However, many have also questioned Spearman’s theories, in particular the simplistic nature of the ‘g’ concept and whether intelligence can really be treated as a single entity. Others have debated the dependence of intelligence on our biological make-up, citing the importance of socio-economic factors such as education.

More recently, scientist dissatisfied with the traditional idea of a single intelligence have postulated alternate theories of “multiple intelligences” – that is, intelligence is the result of several independent abilities which combine to contribute to the total performance of an individual.

Psychologist Howard Gardner’s theory of multiple intelligences states that intelligence can be broken down into 8 distinct components: logical, spatial, linguistic, interpersonal, naturalist, kinaesthetic, musical and intrapersonal. Thus he believes that standard IQ tests and psychometric tests focus on certain components, such as logical and linguistic, while completely ignoring other components which may be equally important.

Another psychologist, Robert Sternberg, proposes that there are 3 fundamental aspects to intelligence: analytical, practical and creative. Like Gardener, he also believes that traditional intelligence tests only focus one aspect – analytical – and does not address the necessary balance from the other two aspects.

One alternate type of intelligence often mentioned in popular media is ‘emotional intelligence’, developed by Daniel Goleman and several other researchers. This refers to an individual’s ability to understand and be aware of your own emotions, as well as those of people around you. This ability enables you to handle social interactions and relationships better.

Are You Intelligent? Or Just Clever?

Savant Syndrome and Intelligence
Share Your Story, Join the Discussion or Seek Advice..
[Add a Comment]
Ok. First of all (my opinion) intelligence and memory are not the same things . Second this are all theory's by humans who call themselves psychologysts becouse they have a peace of paper that some of us dont have. Now lets begin with my theory. My thought on this theory is that intelektuals have short term memory but fast problem solving skills .I have read some theory's long time ago and its a theory im always interested in. So i read that memory can grow as you grt older and your fast problem solving skills are getting slower, why didn't i read anywhere that those 2 cannot be combined if all of ththis theory are just THEORY'S.Now i will give you a little tip where my theory began : You all must have heard the shizophrenia mental illness , i have a neighbor who had that illness and i actually made friends with him even if he was 35 years old , i lived in small neighborhood everyone knew him and only few of my friends and i were hanging out with him because they were scared.So as we used to hang out i actually saw a few tics becouse of the illnes but nothing happend becouse he was using his medication as he needed to , he was really quite 90% of the time but whenever we started to talk about some theory's or about something that needs logical answers he was always outsmarting all of us , i know i was just a kid but im always interested in everyones intelektual level so i want to be the most intelligent person on this planet a long time ago. Lets get back to the story. It wasn't just me that thought he is really intelligent every one at his age said the same thing that he was way more intelligent than anyone they knew he also played the guitar and he was very talented. So thats when i started to analyse all my friends and me playing memory games and solving problems and intellectual questions and the result was none other than i couldn't lose at anything except MEMORY GANES. And after some time i heard about another shizophrenia illed man near my neighborhood that he was going on a Kung Fu class and he was way ahead of everyone on his age and a lot above his age he finished university with all A's and a little after that he got the illnes and he always said to everyone "they made like this they new i was going to make discovery about the human mind like no one has". Was it he'ssubconscious telling him he went to far and he started thinking somone really did something to him or someone really did we will never know. And thats when it clicked me and started poling around about human intelligents and shizophrenia , its really really rare to read somewhere that there is someone with shizophrenia that wasnt always ahead from everyone at his age . And this is my theory if "MEMORY" grows as you get older and as i would say it(quick thinking ,solving intellectual questions ) "INTELLIGENCE" gets weaker as you get older. Than there is a difference between INTELLIGENCE and MEMORY = before shizophrenia they were all very intelligent people as t
ares_GOW - 13-Jul-18 @ 1:08 AM
IQ Is to me the difficult topic to measure and understand with currenthuman knowledge ofMathematics and if any tell me,we will use as the most demanding industry to take part inseeking solutions for the greater challenges of our universe and our time .may be we want to knowalso that who is the most intellegentpersonality today on the planet called the Earth & his or her I Q ?
DNA or Dr.molecule - 30-Oct-12 @ 7:29 AM
I have read far and wide on intelligence and I am amazed that nearly all the books argue the same or similar points from different angles. The only in-depth discussion on intelligence which explains in depth the difference between animal and human intelligence in plain easy to read language is the book Human Ascent written by Australian Psychologist Henry Gobus. Definitely a book you should put on top of your list. Reggie
Reggie - 28-Sep-12 @ 11:10 AM
Psychologists are themselves confused with the term what intelligence is.As for as my thinking is concern " intelligence " is the capability in the indidual to take decision onthe threshold of the problem.
Bilal - 14-Sep-12 @ 10:07 AM
Is it so that intelligence as defined by Psychologist Howard Gardner cannot be measured precisely by some tests till date, and it can just be observed by the presence of different characteristics present in the individual?
mandeep - 4-Apr-12 @ 3:29 PM
this is the first time thai i can read something that is really interesting about intelligence... thanks for share this...
sirsoulbearer - 29-Feb-12 @ 5:37 AM
Title:
(never shown)
Firstname:
(never shown)
Surname:
(never shown)
Email:
(never shown)
Nickname:
(shown)
Comment:
Validate: