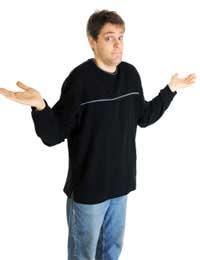 In fact, many believe that models of intelligence would not be complete without including these non-intellective factors. This has led to the development of the multiple intelligences model, which includes concepts like social intelligence, the skill of understanding and managing people, and intrapersonal intelligence, the ability to understand and appreciate your own feelings, motivations and fears.

With the publication of Daniel Goleman's best seller “Emotional Intelligence: Why It Can Matter More Than IQ”, the term ‘emotional intelligence’ became widely popularised and entered mainstream interest.

Although emotional intelligence was first officially defined in 1990 by Salovey and Mayer as “the ability to monitor one's own and others' feelings and emotions, to discriminate among them and to use this information to guide one's thinking and actions” – arguments over the definition still abound today. Part of the problem is the ongoing confusion over the exact meaning of the term and the rapid growth of the field, which means that researchers are having to constantly amend their own definitions.

However, at present, there are 3 main accepted models of emotional intelligence:

Ability-based EI Models – following on from Salovey and Mayer’s initial concept, this defines emotional intelligence as "The ability to perceive emotion, integrate emotion to facilitate thought, understand emotions, and to regulate emotions to promote personal growth". Thus in this model, emotions are useful tools to help us navigate our social environments and people exhibit different competencies in 4 types of abilities:

Trait EI Model – this model of emotional intelligence focuses more on the personality framework and is defined as "a constellation of behavioural dispositions and self-perceptions concerning one’s ability to recognize, process, and utilize emotion-laden information". In other words, in this model, emotional intelligence is regarded as a personality trait and a distinct branch from the taxonomy of human cognitive ability.

The second model, called the Bar-On model of Emotional-Social Intelligence (ESI) was developed by psychologist Reuven Bar-On. He defined emotional intelligence as the ability to understand yourself and others, to relate well to people and to cope with environmental demands.

Those with a deficiency tend to have problems coping due to poor abilities in reality testing, problem-solving, impulse control and stress tolerance. Bar-On believes that emotional intelligence and cognitive intelligence play equally important roles in a person’s potential to succeed in life.

Others have even stated that emotional intelligence cannot be recognised as a form of intelligence, in particular Goleman’s definition of the concept, and that it would be better to re-label the concept as a skill. These contradictory theories may be partly due to the fact that it is a relatively new area of psychological research and therefore definitions are either too broadly defined or constantly changing. With continuing research in this area, a clearer picture may be formed.

Savant Syndrome and Intelligence
Share Your Story, Join the Discussion or Seek Advice..
I agree and disagree . As I read into this page I see a reflection in traits , aswell as a great misunderstood field . I don't think that emotional intelligence is either intelligence nor a skill but evolution of the humanities enhancing one of our sences (for example * vison ) as a defence mechanism . As we are living in a fast changing world.
Designer - 26-Oct-13 @ 6:32 AM
Title:
(never shown)
Firstname:
(never shown)
Surname:
(never shown)
Email:
(never shown)
Nickname:
(shown)
Comment:
Validate: