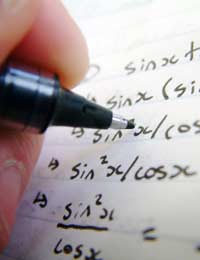 Many of us have heard of the term 'idiot savant' or even 'Savant Syndrome' and almost everyone has seen the academy-award winning film, Rain Man, which brought this condition to the world’s attention.

Many people are fascinated by the savant phenomenon, its contradictions regarding IQ and mental disability – and its manifestation through different skill areas. But just exactly what is a savant and what is the relationship between savant syndrome and intelligence?

What is Savant Syndrome?

Savant Syndrome is a rare condition in which a person, who has a developmental disability resulting in a brain handicap or some other form of central nervous system disorder, also has extraordinary skills and incredible memory, superimposed on top of their basic brain dysfunction. In other words, they have astonishing specific abilities or talents which are in stark contrast to their overall mental limitations.

Savant Syndrome can arise in a variety of ways. Generally, it is congenital (inherited through the genes or resulting from developmental abnormalities before birth) but it can also be acquired later in childhood or even during adult life, from brain injury or disease.

People with Savant Syndrome often possess one of a range of extraordinary skills or talents which are also usually linked with unusually powerful memory of a special type. This memory tends to be very deep but also very narrow in its field. Savant skills are divided into several main categories:

Splinter Skills – these behaviours do not have such an artistic/talented aspect and include things such as obsessive preoccupation with and memorisation of trivia (e.g. music or sports), maps, historical facts or other obscure things, such as license plate numbers and vacuum cleaner motor sounds.

Artistic Talent – another common savant ability, often displayed as extraordinary talent in painting or drawing, although it can also be seen in sculpting.

Mathematical Skills – many savants have an incredible ability to make lightening calculations or compute multi-digit prime numbers, frequently contrasted with the inability to perform even simple arithmetic functions.

Spatial/Mechanical Skills – although less common, some savants show intricate route and map memorisation, as well as the ability to compute distances with incredibly precise accuracy, through just visualisation; other savants have extraordinary mechanical ability, such as being able to construct or repair intricate machines and motors with little or no prior knowledge and training.

Calendar Calculating – this obscure skill is a very common among savants (whilst being very rare in the general population). It involves the ability to not only name the day of the week that a certain date will occur in any particular year but also being able to name all the years forwards and backwards in time when a specific holiday will fall on a specific date (e.g. all the years when Easter will fall on March 10 or all the years when Boxing Day will fall on a Friday…) - as well as things like being able to remember the weather for every day of their adult life.

Other Skills – a range of other skills are also exhibited by savants, including unusual multilingual ability, extreme sensory discrimination via smell or touch or perfect knowledge of passing time without access to a clock.

Contrary to popular belief, Savant Syndrome is not necessarily linked to lower IQ or mental retardation. In fact, there are just as many cases of savants with above average IQ. While Savant Syndrome does tend to be linked with a number of different mental disabilities, such as Autism, Asperger's, Hyperlexia or Williams Syndrome, individuals with these conditions can still have normal or even above average IQ’s.

Usually, in fact, they will show a wide scatter among the various IQ sub-scores, with extremely high scores in some areas and severe limitations in other sub-tests. Some scientists claim that this supports the theory of multiple intelligence's and the inadequacy of the concept of a general intelligence ‘g’ which gives a representative overall measure of a person’s intelligence. In fact, savants seem to prove that you can very 'intelligent' in certain fields while showing mental retardation in others.