Home > Interesting Questions > Why are Humans More Intelligent than Animals?

Why are Humans More Intelligent than Animals? 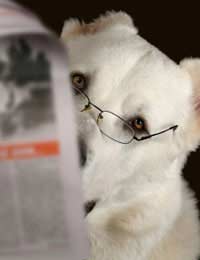 Darwin once famously said “there is no fundamental difference between man and the higher mammals in their mental faculties” – he firmly believed that the difference between human and animal intelligence was one of degree and not of kind. To illustrate, he cited various examples which showed that non-human animals had similar cognitive traits, such as curiosity, wonder, long-term memory, the ability to imitate others, to pay attention and to reason. In fact, he stated that any animal that could not learn would be “killed off” by natural selection – thus, only intelligent genes would remain in the gene pool and the overall intelligence of each species would gradually increase over time, as has occurred in human evolution.

Most of us, however, would argue that there is a distinct difference between human and animal intelligence and that human brains are arguably superior. In fact, many believe that humans are the most complex and intelligent animals on earth. For example, no other species matches our ability to use language. We are also believed to be more advanced in the areas of abstract thought, self-awareness and self-expression.

It is natural to assume that our superior ability in several areas of mental function correlates to distinct characteristics of the human brain that are not evident in other animals, in particular those of our closest evolutionary relatives, the primates. One of the key differences is the size of the human brain – there is ongoing debate over the usefulness of brain size in understanding intelligence as research has not produced any significant evidence of a relationship between brain size and IQ. However, there is some support for the theory that brain enlargement leads to an increase in neuron connections and this is the crucial factor. The number of brain cells actually remains relatively constant across different species but there is significant variation in their degree of interconnection as well as the complexity of the neuron networks.

Therefore, while we don’t have the largest mammalian brain, we do have the largest brain mass relative to body mass. And this is especially pronounced in the neocortext, a region of the brain accounting for 76% of the total mass and involved in consciousness and language. Furthermore, scientists agree that the development of a greater number of folds in the neocortex is a significant step in human brain evolution and intelligence increase. It is logical that the greater number of folds enables a larger surface area for the organisation of complex behaviours. For example, greater folding would lead to an expansion of the prefrontal cortex which in turn leads to an increased capacity to relate internal and external experiences. This translates into an enhanced ability to identify inner feelings and relate them to those of other beings, as well as a greater ability to relate past, present and future and thus lead to the development of ‘anticipation’ and ‘choice’.

Another unique feature of the human brain is the lateralisation of brain function which arises from the division of the cerebrum into 2 halves. The left half controls digital functions such as rational, verbal, analytical and perceptive thinking while the right half controls analogic functions and enables creative thinking. Human brains can combine the two types of functions in order to enable us to execute complex sequences of behaviour, such as those required in language production.

The key differences between human and animal cognition arise in four areas: