Home > Interesting Questions > Who Are Smarter - Men or Women?

Who Are Smarter - Men or Women? 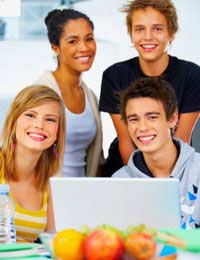 One of the most controversial ongoing debates is whether gender affects general intelligence – in other words, are men or women more intelligent? The general consensus amongst psychologists has always been that there is no gender difference in intelligence however, recent research is suggesting that men may have a mental advantage.

For example, one study has shown that men have larger brains than women, with a 100g difference allowing for differences in body size. Naturally, it is not the size of something but what you do with it that counts! However, these new gender difference claims have been met with furious debate with many stating that it is ultimately impossible to reach a conclusion as there is ongoing disagreement over how intelligence itself is defined and measured.

It is well-known that women are under-represented in areas of achievement throughout past history: there are more men achieving distinctions of mental ability, from Nobel-prize winners to chess grandmasters. However, this has always been put down to poor educational opportunities women have had in the past and to their being handicapped by their upbringing, social pressures and active discrimination from men.

It may also be significant that most top positions require an almost selfish dedication and sacrifice of time and energy – and many women choose to direct their energies towards family rather than career or other outside achievements.

Furthermore, there is a tendency in our society to value scientific achievement above other areas and therefore assume that the people involved in science must be the most intelligent. It then follows that since science attracts more men, men must be more intelligent.

However, there could be other reasons that women are under-represented in science which have nothing to do with their mental ability. It may be that science only attracts intelligent people of a certain personality traits and that these traits are more common in men. Women may simply not find the mental challenges presented by science interesting enough to want to engage in them.

IQ tests show that the average female IQ is equal to the average male IQ. However, at the extremes of the spectrum, there is a widening gap between the sexes. In other words, there are more men who score at the top and the bottom end of the intelligence scale.

For example, there are twice as many men with IQ scores of 125 and five times as many men with IQ scores of 155, which is associated with “genius”. Interestingly, however, evidence also shows that at the same IQ level, women are able to achieve more than men, possibly because they are able to multi-task and adapt to periods of sustained hard work. Recent studies also show that in modern society, women are rapidly overtaking men both in terms of educational attainment and occupational achievement.)

It is important to remember that the validity of IQ tests is still widely debated and while they may have value for practical purposes (eg. career choice and recruitment), they have very limited value for analytical purposes. This is because any test relies on a standard definition of intelligence but this definition is impossible to achieve. For many, it is a similarly impossibly task to defining beauty and trying to decide who are the most beautiful women in the world.

Too many factors are involved and intelligence is too complex and multi-dimensional to be able to compare like against like. At best, the tests can simply be said to measure a number of mental abilities.

So Who is Smarter?

Depends what you mean by smarter. It is undeniable that men have more brain tissue than women and that more males score higher IQ scores than females. But this may have little implication in the real world of education or work – in fact, female students tend to get better grades than their male counterparts in schools and for most people in the vast majority of jobs, a difference in IQ scores doesn’t translate to very much on the actual job. So for the time being, it seems that the jury is still out and the battle of the sexes continues!

Smarter Kids from Active Mums?
Share Your Story, Join the Discussion or Seek Advice..
The topic was great, but no definite answers was yet given. According to my observation in every class since my 1st grade to 2nd year college, no women have ever surpassed the grade ofour top male classmate. Man just lack control of their self from addictions such as computer games, playing and etc instead of reading books.
code153 - 1-Nov-12 @ 7:15 PM
According to my observation, Men have more intelligence than their memory power, while women have more memory power than their intelligence. At studies girls score more, because it needs memory power to write examinations. Men are good leaders, while women are good organizers. That's why men and women depend on each other for completeness. On average men are intelligent than women.
raju - 22-Jun-12 @ 10:30 AM
Title:
(never shown)
Firstname:
(never shown)
Surname:
(never shown)
Email:
(never shown)
Nickname:
(shown)
Comment:
Validate: