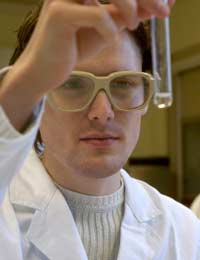 Like many aspects of genetic engineering, manipulating DNA to potentially boost intelligence is a controversial topic with many ethical dilemmas. However, efforts still continue in this direction and recent experiments by researchers in the US have produced genetically-modified mice that demonstrate better learning and remembering. Such research may pave the way for new gene therapy treatments for mental disorders and even one day, the ability to improve human intelligence.

Modifying The Brain at a Genetic Level

There are 3 main ways to modify the development of an organism through its genes:

With regards to intelligence, the first method (gene therapy) is not very relevant or useful as overall intelligence is largely influenced by early brain development. The second method (genetic breeding) would be the simplest way to achieve intelligence improvement as the desired trait (high intelligence) occurs naturally and is easily passed on from parent to progeny. However, human breeding is too sensitive and controversial an area to be engaged in seriously, particularly with the fears of genocide, so this leaves just the last method, genetic engineering, as the only alternative for biologically improving intelligence.

Unfortunately, the technology available for genetic engineering is still limited at present and it would be especially insufficient to tackle a complex phenomenon such as higher intelligence. It is also important to note that improved intelligence is obviously a trait that would be conferred significant evolutionary advantage and therefore any simple DNA modifications which would have increased intelligence would have been strongly selected for already. Anything which has not been selected for probably came with serious side effects that would have cancelled out any advantages the additional intelligence gave. Nevertheless, it is also worthwhile to note that these side-effects may be treatable by modern medicine and therefore those genes which were not selected for by natural evolution could be selected for by genetic engineering, provided that their side-effects could be mitigated by other techniques in modern medicine and science.

The other problems with genetic engineering arise in the practical aspects. First, the specific chain of events which occur, enabling DNA to translate into complicated traits like intelligence, is not well understood. In particular, researchers would have to locate the specific genes which code for intelligence. If it was possible to find a number of distinct, rare genes which each independently improve intelligence, then it may be possible to create a baby carrying all of these genes, who would presumably grow up to express a new plateau of intelligence. However, a complex trait like intelligence is unlikely to be coded by a few simple, distinct genes.

In addition, there are the problems of measurement. Even if it was ethically viable to modify some human embryos to carry certain genes, wait for them to mature into adults and then test their IQ, it may be difficult to derive any conclusive evidence from the results, as overall intelligence is not simply dependent on an IQ score.

Having said all that, researchers have already begun genetic engineering experiments on animals to improve intelligence and have enjoyed some success so far. A team from Princeton, Washington and MIT universities have found that adding a single gene to mice produced a boosted ability to solve maze tasks, learn from sounds and objects in their environment and retain that knowledge. This was achieved by enabling the mice to retain certain brain features of juvenile mice into adulthood, as young animals are believed to be better at grasping large amounts of new information, ie. better at learning. The researchers believe that these results show that it may be possible to boost human intelligence in the future.

However, the only way to prove any real effects on humans is to do human trials with real babies, children and adults and genetic engineering of humans remains highly questionable from an ethical point of view.

Emotional Intelligence and Self Harm
Share Your Story, Join the Discussion or Seek Advice..
[Add a Comment]
I think GMO'S are ok but they also have downsides if you genetically engineer something or someone there will be bad things happening to their gene structure and chromosomes.
gavin - 18-Mar-19 @ 5:09 PM
I hate it when people who talk about genetic engineering bring up "moral issues". Their moral objections are always so stupid. If anyone is doing something immoral, it's the people who don't give their children the best genes possible, not the ones who do.
Mat Nazarian - 29-Oct-13 @ 1:07 AM
I disagree with previous person posting.What if science came up with ways to improve the human condition, so that people are not born immune deficient or retarded or genetically prone to get cancer in their old age?Genetically enhancing life forms, providing it doesn't turn into a freak show, could be benefit mankind.However, the big concern among the skeptics is, "do we have the right to do this?" I think if it would help a person to achieve more in their lifetime, why not? Is it going to benefit a person to be born retarded or immune deficient? Surely, God would not want them to be born like this? So, if science can benefit someone, why not use it?
Jeff - 18-Dec-11 @ 12:47 AM
I think all of this is disgusting, along with GMOs will irreversibly change the genetic structure of humanity, will make people like us extinct. People who are genetically modified ill not be the children of their "parents". They will be something else. The people involved in this travesty should be executed.
Anonymous - 6-Jun-11 @ 8:37 PM
Title:
(never shown)
Firstname:
(never shown)
Surname:
(never shown)
Email:
(never shown)
Nickname:
(shown)
Comment:
Validate: