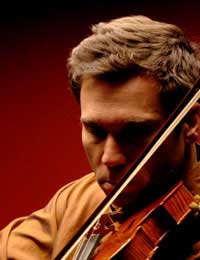 In every day language, aptitude is usually defined as a natural or inherent talent for a certain skill or activity. For example, we often talk about a student’s aptitude for learning languages, a child’s aptitude for drawing, a mother’s aptitude for crossword puzzles or even a husband’s aptitude for golf! Another way of thinking about aptitude is as a competency – whether innate, acquired or developed –for a certain type of work and this competency can be physical or mental. In the field of intelligence, aptitude is often considered to represent specific subsets of mental ability which provides useful information on an individual’s potential, particularly with regards to education and employment.

For some people, aptitude and intelligence are essentially the same thing whereas for others, aptitude is regarded as a specific type of intelligence. Thus, they believe that aptitude and the intelligence quotient (IQ) are closely related but represent opposing views of human mental ability – in order words, IQ denotes intelligence as a single, measurable trait whereas aptitude breaks that intelligence down into several different characteristics that are relatively independent of each other.

Interestingly, however, despite the two terms representing opposing views of intelligence, test scores invariably show them to be highly correlated. However, aptitude tests are not generally regarded as intelligence tests – in fact, two individuals that achieve the same IQ score may have widely different aptitude test profiles. The IQ score refers more to a broad range of mental abilities whereas your aptitude score reflects specialised abilities and provides you with a profile of your strengths and weaknesses, which help to predict your performance in a specific discipline or career.

Another distinction that is often applied is the difference between skills, abilities and aptitudes. Here, the difference is one of time: skills refer to things an individual has learnt to do in the past, abilities refer to the things he can do now and aptitude refers to the things that he can learn in the future. Another way aptitude is sometimes defined is in contrast to achievement, which represents the skills, abilities and knowledge gained.

Aptitude testing is designed to measure your natural talents and involves a series of separate tasks which each draw on a different aptitude. The results help you to determine which inborn abilities make it easier for you to learn or do certain things; that is they describe what you were “born to do”. Since different occupations or even subjects of study often require different specific aptitudes, it can be very helpful to know your ease of success before you embark on a long career battle or educational programme.

Note that aptitude tests do not refer to your interests – you may have an intense interest in music but not enough ability to succeed in a career as a performer. However, your test scores may reveal an aptitude in other areas, such as communication or writing or people management, which may still lead to careers in the music industry. Aptitude tests are sometimes combined with achievement tests, which assess learned skills or knowledge – a common example is university entrance tests, which often test the combination of innate ability and received education. Many aptitude tests are now being increasingly administered via the computer.