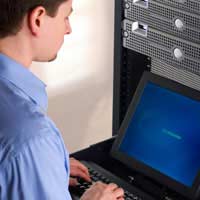 Machines, especially computers, that have been designed to demonstrate intelligence are said to have “artificial intelligence” or AI. They show the ability to reason, learn, communicate, plan, gain knowledge and perceive, as well as the ability to physically manipulate objects.

They are now being used in a variety of areas, including things like speech recognition, game playing and providing expert systems. AI’s application could be grouped in to 4 main areas:

AI technology is revolutionising the scientific world. It is being extensively used as a tool in research and development, with specific applications in military technology. With the help of AI, scientific fields expand and grow faster, allowing new technologies to advance and new inventions to be created at a greater rate.

This in turn feeds back into the field of AI and so becomes a perpetuating cycle. AI is also used in satellites where it uses existing algorithms to evaluate collected data and help to predict weather patterns around the world. One of the benefits of technology incorporating AI is that it can often be used in other scientific areas.

AI is being employed to design machines that help to overcome human failings – for example, blindness, deafness or paralysis. Far from being a vague promise of the future or a feature of science fiction novels, these issues are being overcome by scientists here and now, working on projects using robotics to enable the blind to see, the paralysed to walk and the deaf to hear.

Although still at the prototype stage, and far from ready from the commercial market, these are nevertheless real advances which indicate that AI will be able to communicate with a patient’s brain in the near future. It will be used to provide artificial neurointelligence systems intelligent hearing aids and retinal implants, all with bionic capability, which will restore sight, hearing and movement – and give many the chance to lead a normal life.

In other areas of medicine, AI is being used to combat a variety of debilitating diseases and some people even believe that the creation of “nanobots” – microscopic robots that communicate with the human brain or muscles – will not only help with medical procedures but can even be a means of creating a ‘superhuman’ with unlimited memory. This is perhaps now getting into the realm of science fiction but it is certainly not an impossibility in the future.

AI can also be used for fun! People are fascinated by robots and intelligent toys, which now come in a wondrous variety. ‘Chatterbots’, for example, can converse with you in real time while AI video games will modify their behaviour during play according to your actions. In sports, AI computer programmes can help to make predictions while autonomous robots can actually play the sports themselves!

Entertainment can also be useful as education. For example, the military has developed an AI computer game which teaches recruits a new language. Because of the “fun” and interest element, soldiers learn the language more quickly and thoroughly, than if they attended conventional language classes or used simpler, non-intelligence computer programmes.

It may go against the common perception but robots can “think” and be creative. AI has not only helped humans create art but it is also capable of creating art of its own. In fact, AI has successfully created poetry, music and even engaged in drawing – all original and completely computer generated.

These robots are able to express creativity in music, words and on paper, through innate knowledge and judgement. Thus, AI robots can create new symphonies in the style of long-dead composers or even produce the “potential” collaborations of several famous poets. In fact, there is even a cybernetic artist named AARON who has been creating artwork that has been displayed in prominent art museums since the 1970’s!