Home > Handling Intelligence > Better Ways to Use Your Brain

Better Ways to Use Your Brain 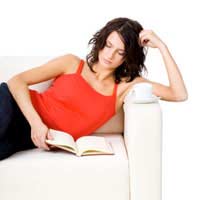 We all want to get the most our of our brains – whether it is to think more creatively, problem-solve more efficiently, recall information more quickly or learn new things more easily. Like many things in life, it is not often about how big or how much you have but how you use it. So here are some suggestions for better ways to use your brain:

Use it or Lose it

An old cliché but it’s true – and it’s all about using it the right way. It was originally believed that your IQ – the measure of mental problem-solving skills, memory, verbal reasoning and so on – was a fixed commodity which was determined by genetics. However, this has since been questioned and it is now believed that a specific brain function, called your “working memory”, has a strong influence on your general intelligence. In other words, if you improve your working memory, you could boost your IQ as well.

So what is working memory? It is basically the brain’s short-term information storage system. We use it, for example, when calculating mental arithmetic, with your working memory storing the intermediate steps along an equation needed to work out the final answer. Research has found that the neural systems which underlie working memory seem to grow in response to training. Thus the amount of information that your working memory can store can have a strong impact on your “intelligence”.

Far from what people believe, good memory is more about method than mental capacity. In fact, “mnemonists” who routinely memorise entire epic poems, strings of thousands of digits or hundreds of unrelated words use several mental tricks to accomplish their feats. For example, they place the items to be remembered along a visualised route. Another method is to assign each item an identity and to make up a story based on the sequence of interactions between consecutive items. Studies done on the front runners at the annual World Memory Championships found that they did not actually have noticeably higher IQ’s or even differently configured brains. The only difference was that they showed activity in three brain regions that are normally only active during movements and navigation tasks.

For everyday life, simpler techniques like always putting your car keys in the same place or writing a list or even just making an effort to pay close attention can make a huge difference to how much information you retain.

Physical exercise isn’t just good for your body health – it’s good for your brain health too. In fact, studies show that simply walking for half an hour three times a week can improve your concentration, learning abilities and abstract reasoning by 15%. This effect has been particularly noticeable in older people, where those who walk regularly perform better on memory tests than their more sedentary peers and also show less mental decline. At the other end of the age spectrum, children benefit too with research showing that schoolchildren who exercise 3 or 4 times a week achieve higher exam grades on average. One reason could be that aerobic exercise forces extra oxygen into the brain which boosts mental powers. Physical exercise also promotes the growth of new brain cells – contrary to past belief, we are not just born with a full complement of neurons but in fact, produce new ones throughout our lifetime, especially if stimulated by activities such as exercise.

Your teachers were right: it is no use being smart, creative, well-read and knowledgeable, if your mind isn’t focused and you’re not paying attention. So how can you improve your concentration? Naturally, it helps if you’re focusing on something that you find interesting. However, you can also help by raising your arousal levels through raising your dopamine and noradrenalin levels. The first neurotransmitter encourages a persistent, goal-orientated state of mind whilst the second promotes a vigilant state. While it is possible to raise the levels of these neurotransmitters with drugs or even caffeine, a far better approach is to sleep well, have a diet high in foods with a low glycaemic index (slow-releasing sugars) and get lots of exercise. Another way to help concentration is to remove or minimise distractions. It can take 15 minutes to enter a deep state of concentration so even a few interruptions (eg. phone calls) can significantly reduce your concentration and productivity. Lastly, music has been to shown to stimulate brain activity sometimes, although there is controversy over the exact kind (eg. the “Mozart effect”) and the amount of influence it has.

Remember, as all meditation practitioners will tell you, concentration is a skill that can be enhanced and cultivated.