How Intelligence is Measured 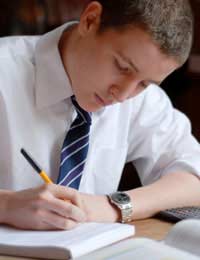 Intelligence can be measured in a number of different ways, the most common one being the famous “intelligence quotient” or IQ. However, like many other aspects of the field of intelligence, there is much debate and disagreement over the “correct” way to measure intelligence and each method has its supporters and critics.

Scientists first began to measure mental ability in the late 19th century and because no formal measures existed, the subjects were evaluated on their fame, judged by encyclopedia entries, honors, awards, etc. Since these seemed to run in families, it was concluded that intelligence had a hereditary component.

Gradually, the assessments improved and people began to be judged on their intellectual ability via skills such as reaction time, sensitivity to physical stimuli and body proportions. While these factors seem outlandish by modern standards, they are important as they represent the first attempt measure intelligence quantitatively and study individual differences.

Two psychologists, Alfred Binet and Theodore Simon, developed the first intelligence which accurately predicted academic success. It was developed to help teachers determine which children had true learning problems, as opposed to behavioural issues or simply poor previous education. Binet and Simon based their tests on practical knowledge, reasoning, memory, vocabulary and problem-solving and found them to be good predictors of academic success.

The key premise to their test was the assumption that all children followed the same course of intellectual development but developed at different rates; thus children were given a mental age which corresponded to their ability to perform tasks appropriate for that certain age. For example, a 7-year-old child who succeeded in problems intended for 10-year-olds was seen as having a mental age of 10. Therefore a child with a mental age higher than his chronological age was deemed as being “more intelligent”.

The Binet-Simon test was further refined and adapted for adults by an American psychologist at Stanford University and turned into the Stanford-Binet Intelligence Scale, better known as the IQ test. In this version, instead of using a mental age, a person’s intelligence was rated using a score, called the “intelligence quotient” or IQ.

This quotient was also first proposed for children, using the formula of the mental age divided by the chronological age, then multiplied by 100. Which would mean the 7-year-old described above would have an IQ of [(10/7)x100] = 142. However, this formula doesn't work for adults as learning levels off during adulthood. Therefore, a slightly different method was devised for adults where each person’s IQ score actually represents how far he/she deviates from standard norm or average within the population. The average is usually set at 100. However, the term IQ is still used in popular usage. It is interesting to note that IQ does not predict occupational success as well as academic success.

Modern tests for intelligence are based in this normal distribution although they may have different subtests, which include information/general knowledge, vocabulary, recognising similarities, memory, mazes, simple arithmetic problems and object assembly. The tests are usually timed and each subtest is given a score, which combine to give a total IQ score.

The most widely used tests are the the Stanford-Binet, the Wechsler Intelligence Scale for Children (WISC), the Wechsler Adult Intelligence Scale (WAIS), and the Kaufman Assessment Battery for Children (Kaufman-ABC). There are alternative intelligence tests, such as the Peabody Picture Vocabulary Test, where an individual is given a word and asked which picture out of four pictures best defines the word. Another alternative test is Raven’s Progressive Matrices, where an individual is shown a matrix of patterns that has one pattern missing and he/she must determine the rules which apply to the patterns and therefore be able to choose the item that best fills in the missing pattern.

In higher education, recruitment and career-counselling, a slightly different kind of intelligence test is used. Better known as psychometric tests or aptitude tests, these tend to focus on the abilities required for a specific job and aim to predict a candidate’s future job performance.

Brain Mapping Your Intelligence
Share Your Story, Join the Discussion or Seek Advice..
Hi there awesome page. I was hopeing you can assist me with a legit IQ test. I took some tests oonline and I got a score of 150. This would seem fake. Kind regards
Gareth Innes-grant - 24-Sep-14 @ 4:54 PM
Good explanation, but sketchy and not well illustrated.
Don Kitty - 11-Jul-11 @ 5:54 PM
Title:
(never shown)
Firstname:
(never shown)
Surname:
(never shown)
Email:
(never shown)
Nickname:
(shown)
Comment:
Validate: