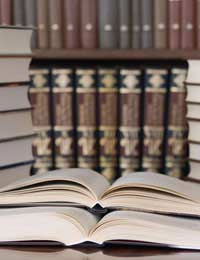 Intelligence is one area of science that is widely debated and subject to many different theories and ideas about how it works and how we can make it better! New theories are important to providing research into intelligence and giving us new information to consider in our quest to understand human intelligence and how it can be improved.

For the most part, there is general agreement that human intelligence doesn't result from just one part of the brain. Rather, it's a special combination of a number of brain areas working synergistically and logically to provide what we know as 'intelligence.'

New research in the United States has suggested a new theory that actually pinpoints parts of the brain that work as a whole to provide an individual's intelligence. We already know from previous studies into genes that our intelligence can to some degree, be inherited.

A look at nearly forty imaging studies show that our intelligence isn't about how big our brains are or even how one specific part of the brain works, but instead, how well the actual flow of information is through the brain. It's like a roller coaster, in one sense. How big it is doesn't matter but how fast and efficiently it moves is what is important.

Ultimately, the new study is all about information movement and processing in the brain. As we find out about each part of the process, we can learn more about how to improve each piece of the 'pie,' so to speak. In fact, this new theory could end up directing the way to finding ways to raise low IQ or to boost the IQ of people with average intelligence.

How the Study Worked

The actual study was performed by listing all of the parts of the human brain that had previously been imaged and related to intelligence. The areas that came up again and again were considered most important.

Researchers found that the parts of the brain that came up most often were those in the frontal and parietal brain lobes. These parts are also important in attention and memory as well as the more developed and challenging aspects such as language.

An interesting aspect of the study was the way in which this new theory avoids the debate of what exactly intelligence is – something that's hard to bring to agreement! Studies all have such different methods of how to measure intelligence. This new study avoids all of that debate.

More Than One Intelligence Centre

We now know that it's likely there is more than a single intelligence centre in the human brain. Instead, the flow of information is what's important. This means that different brain 'designs' can still produce a similar level of intelligence.

While we still have a long way to go when it comes to learning all about intelligence and how it's formed and functions, this new study does shed light on the area and helps us to understand the importance of information processing. Hopefully, new research can narrow in further on this flow and how we can improve intelligence.